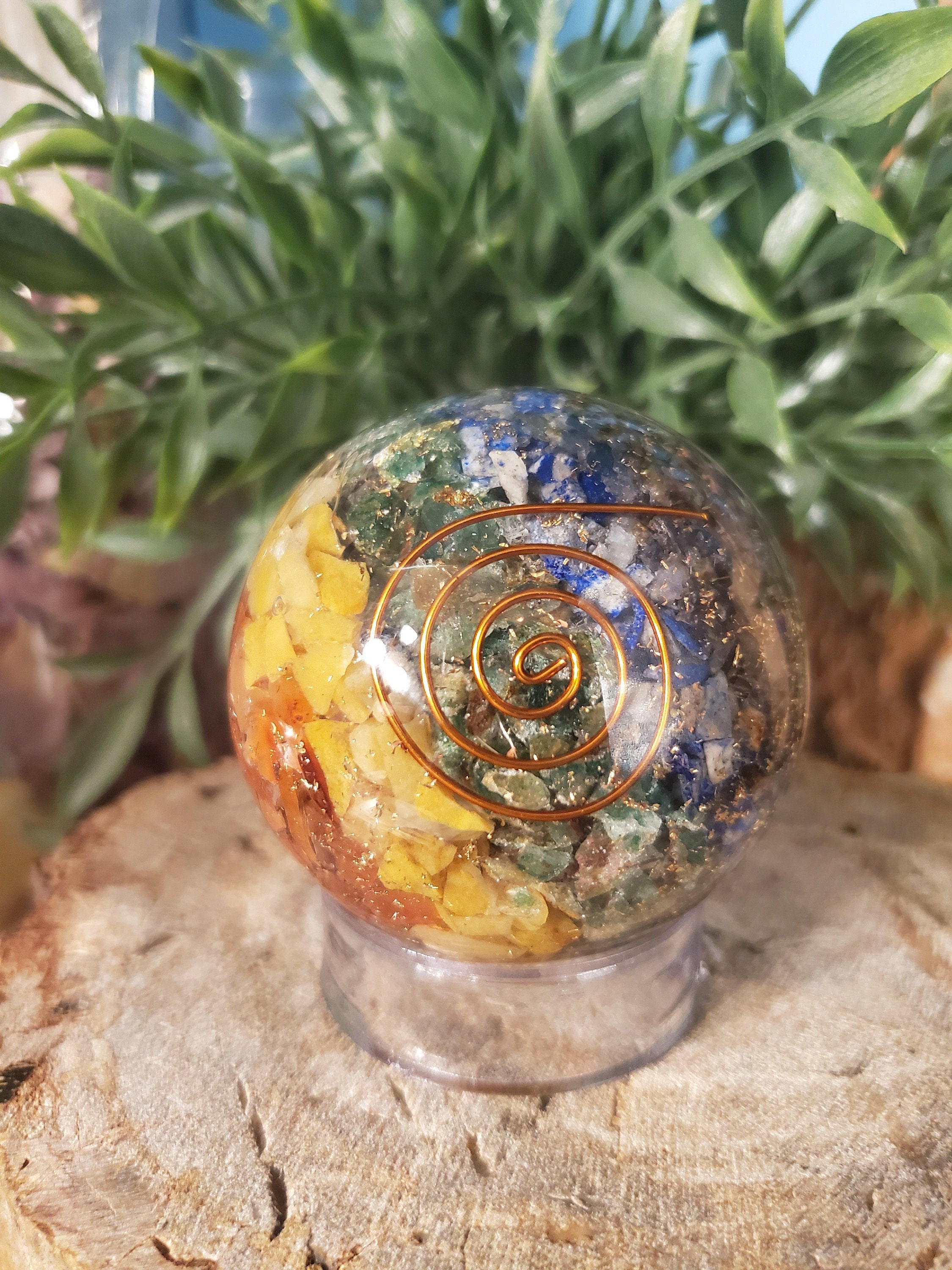 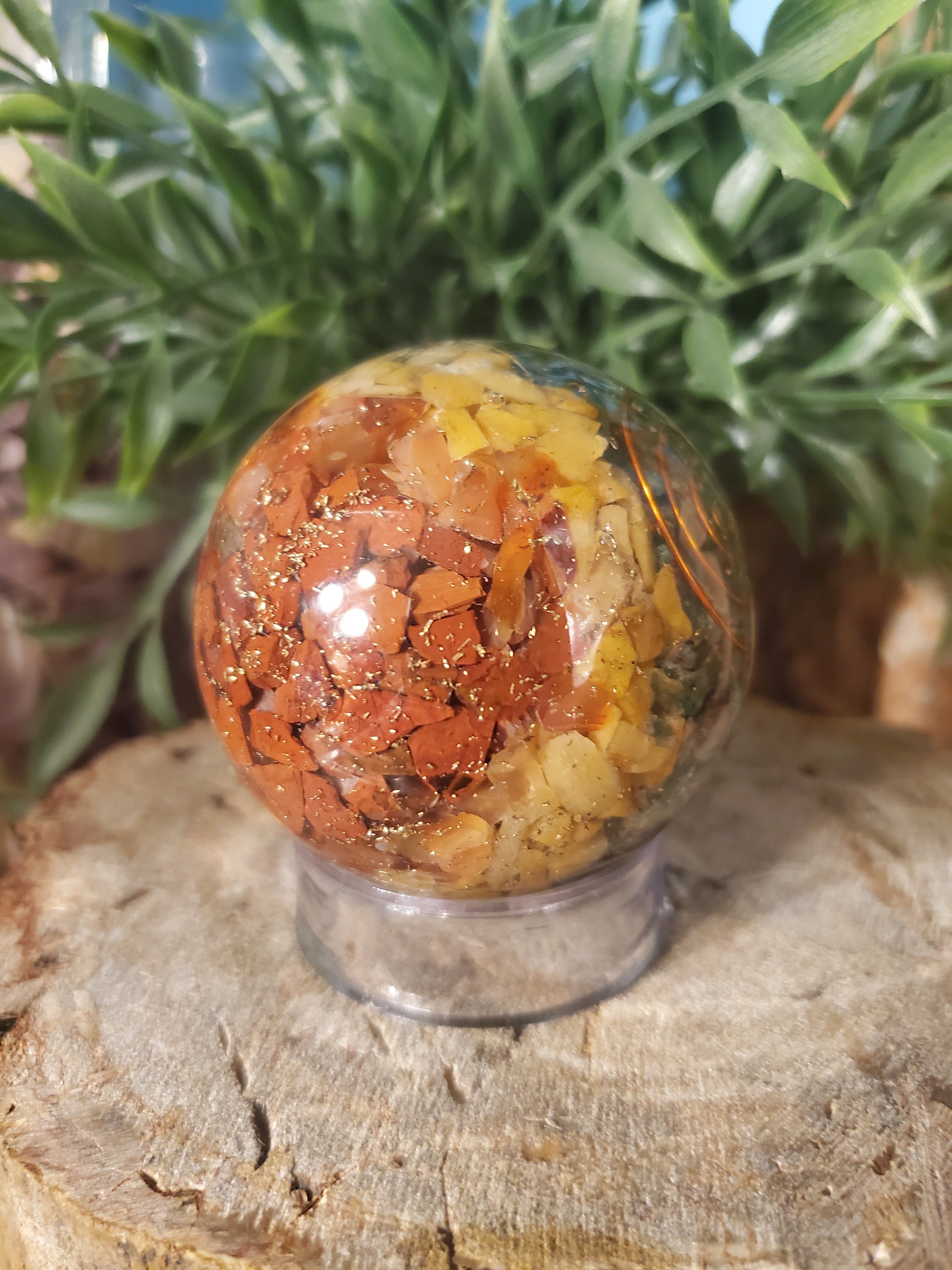 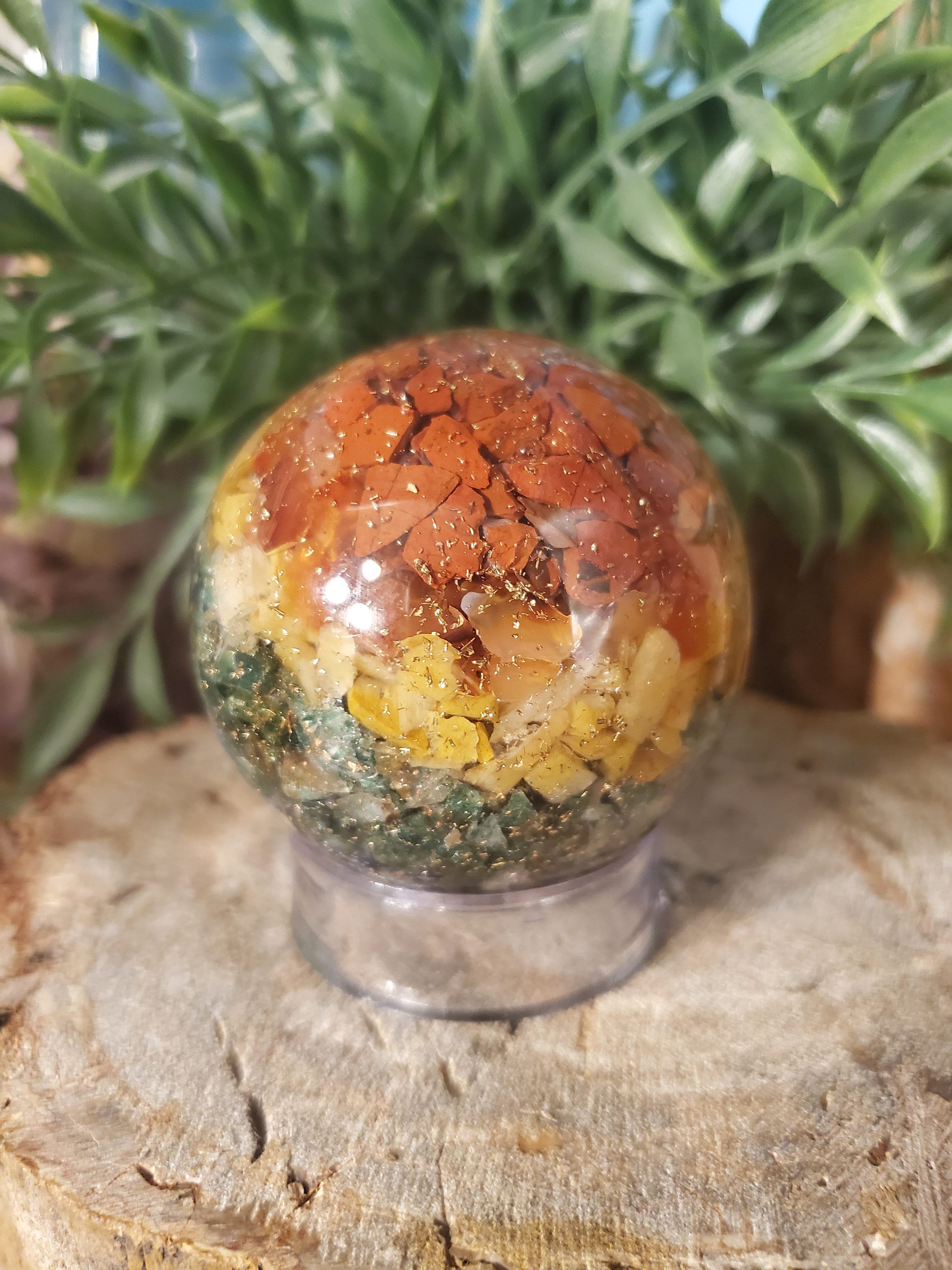 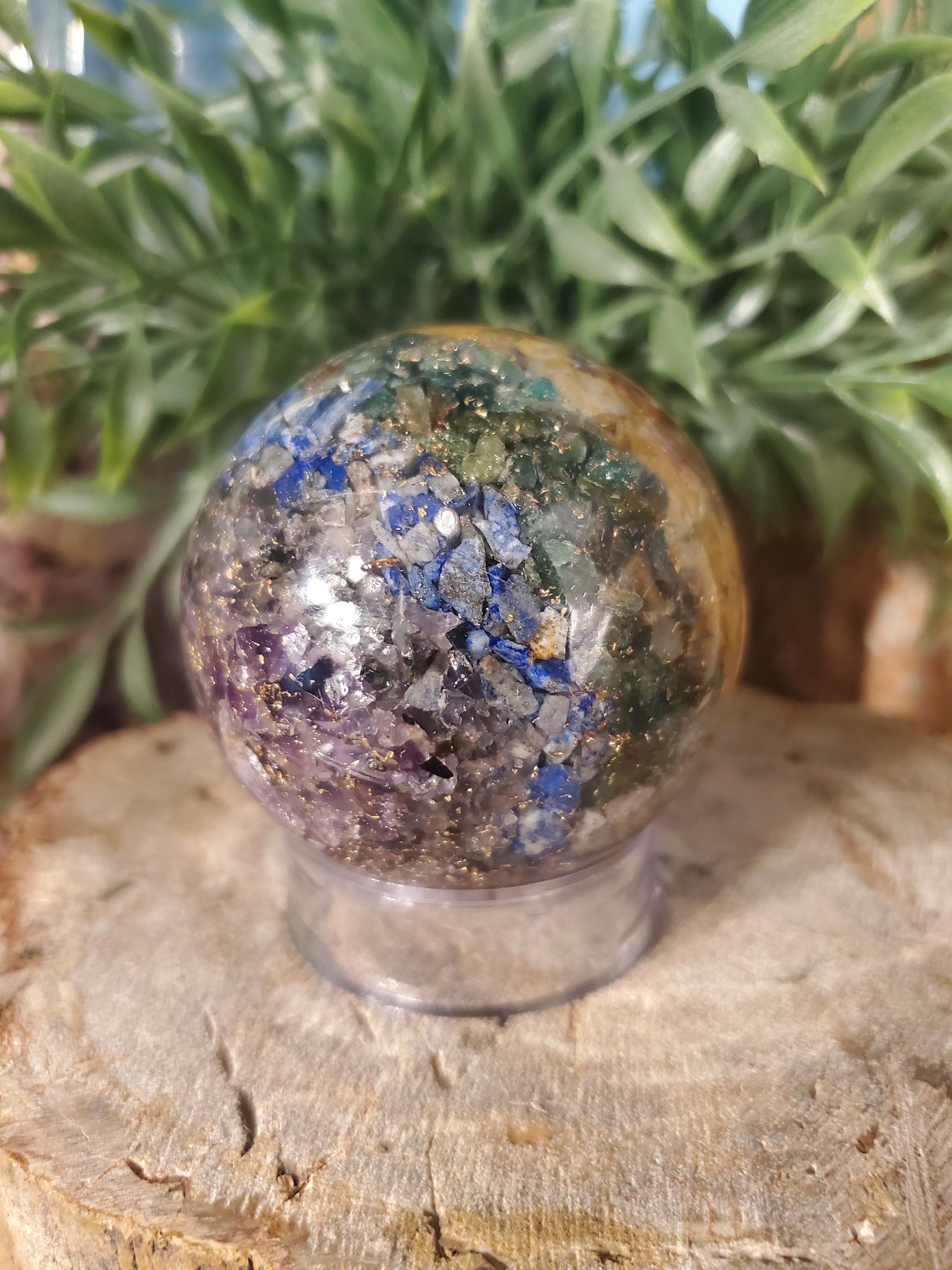 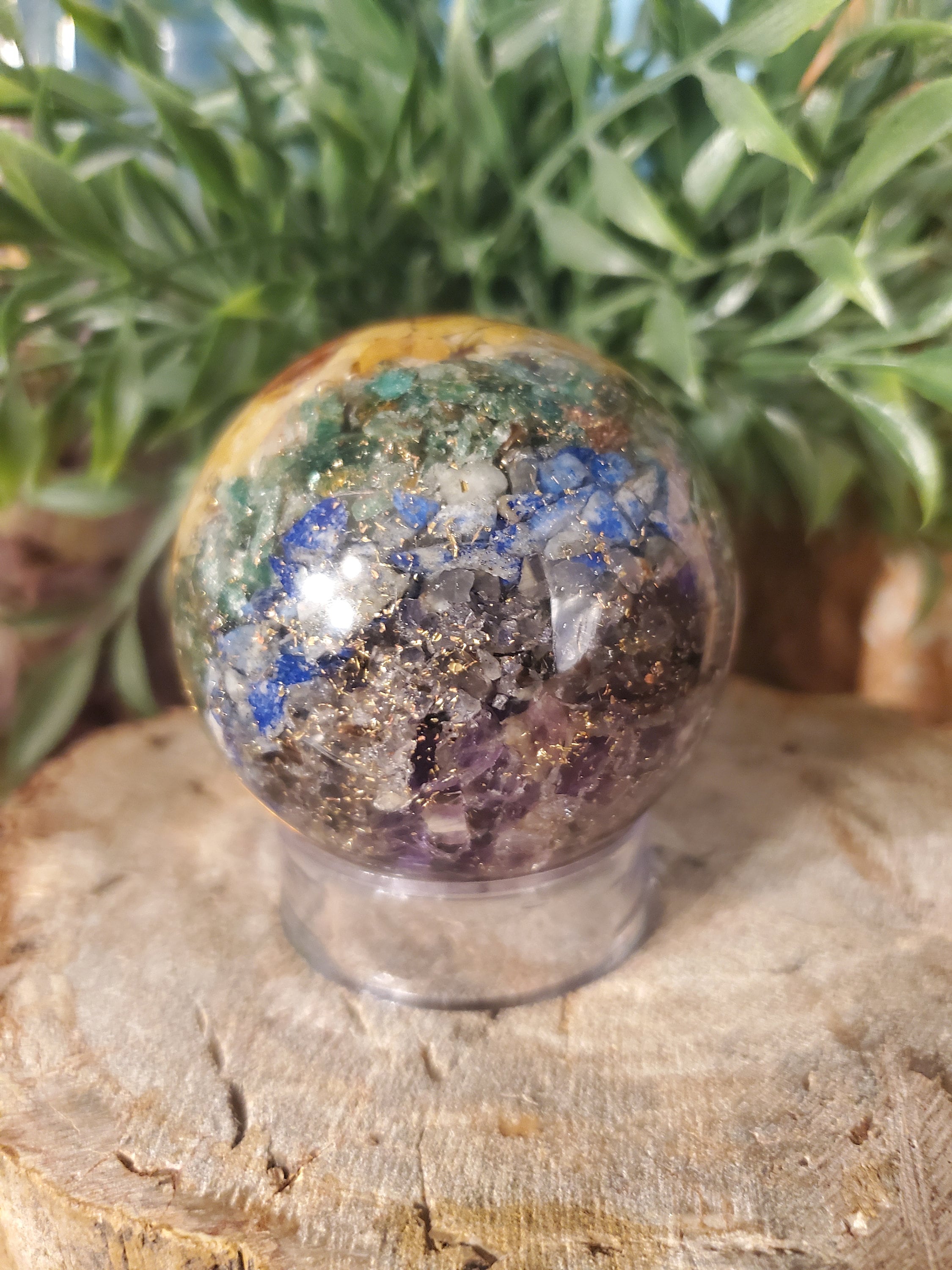 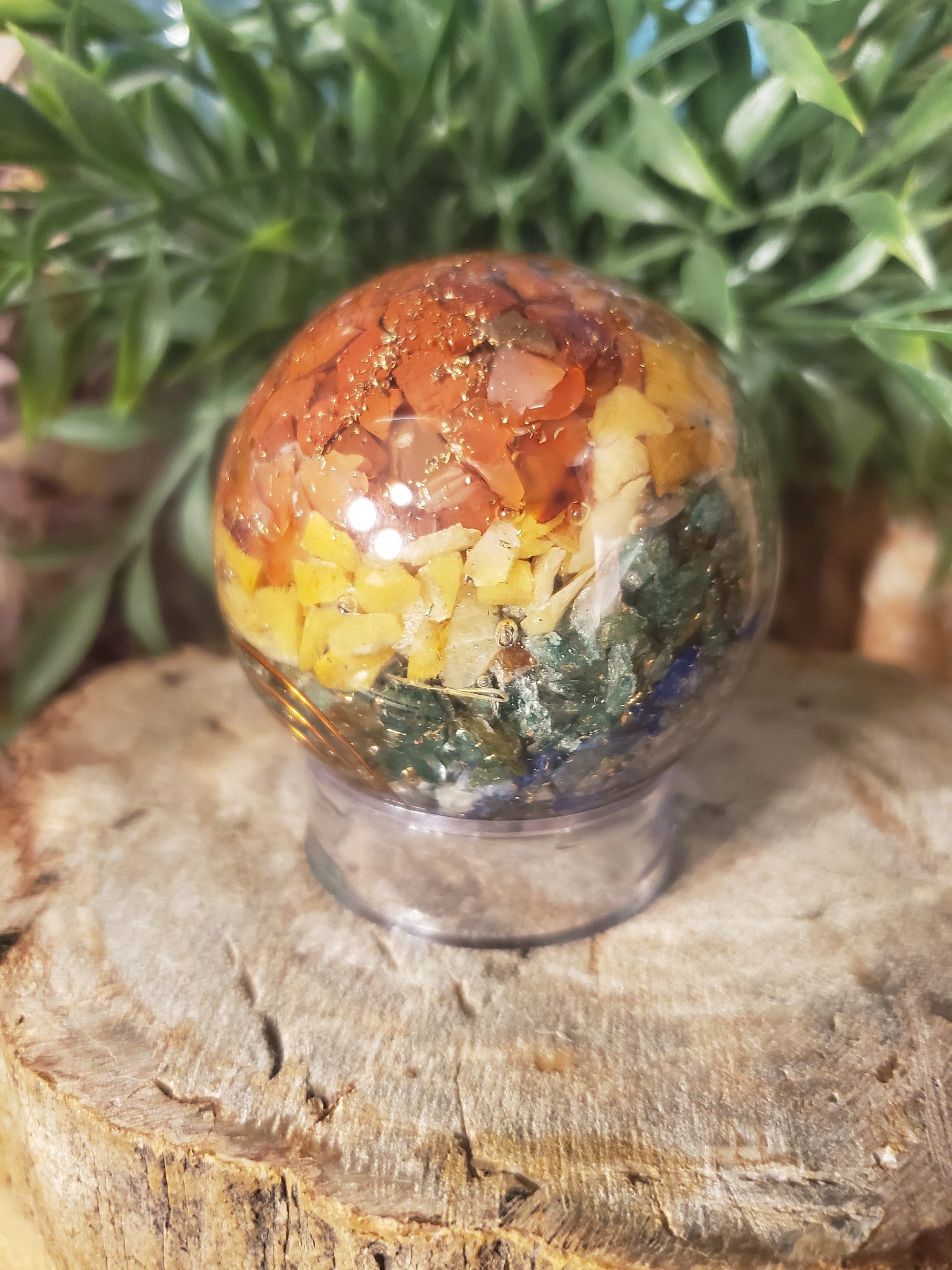 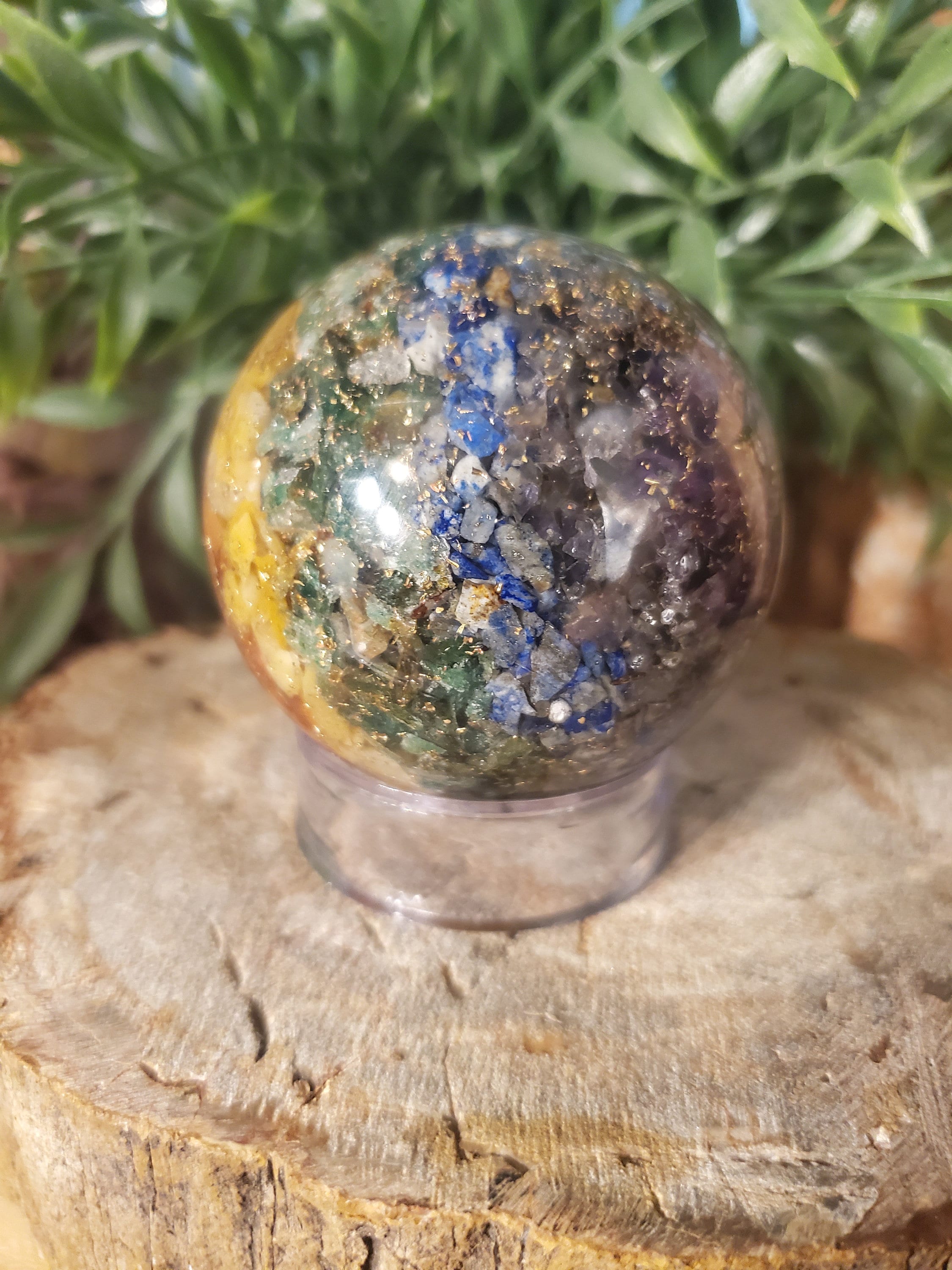 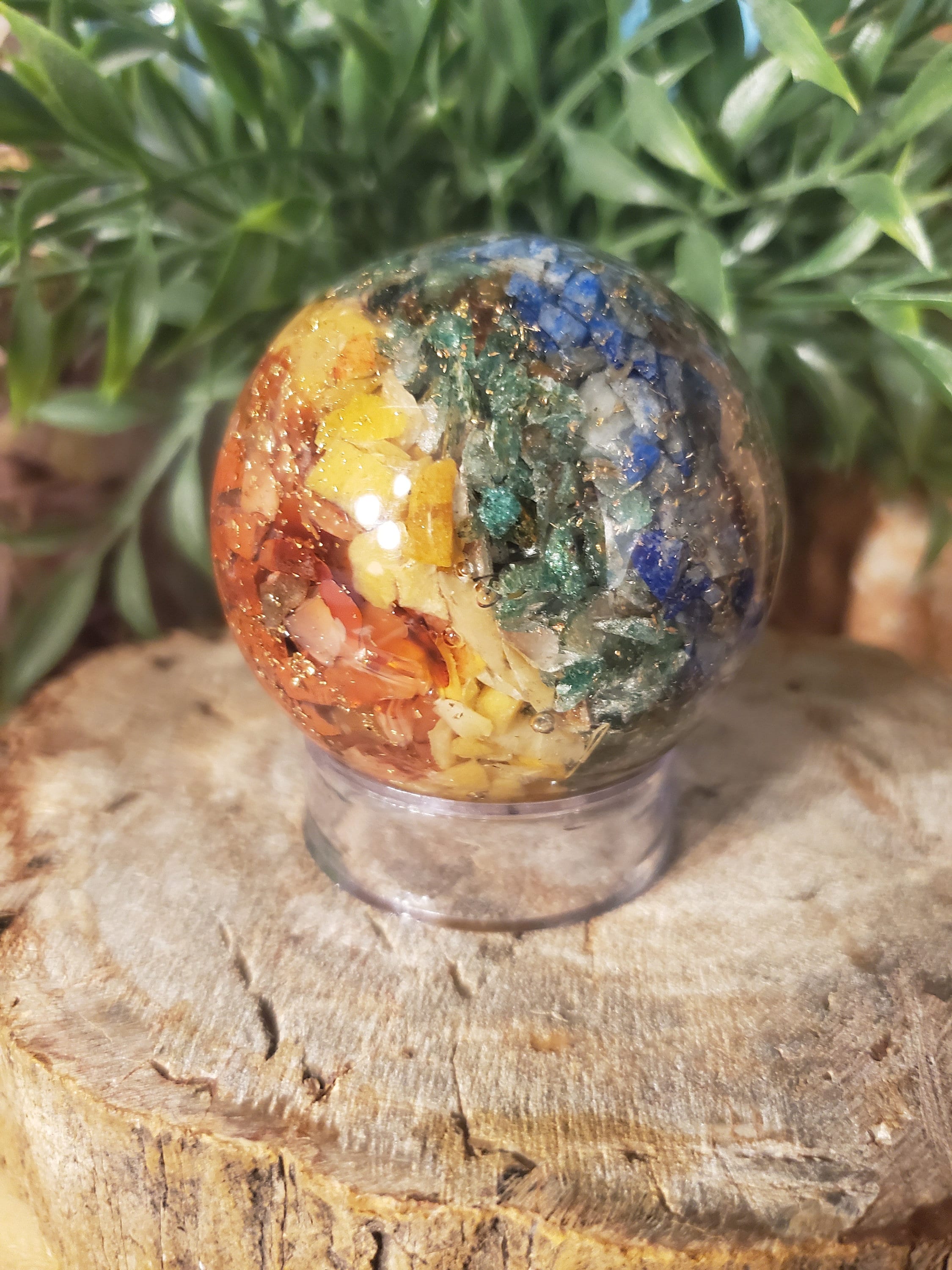 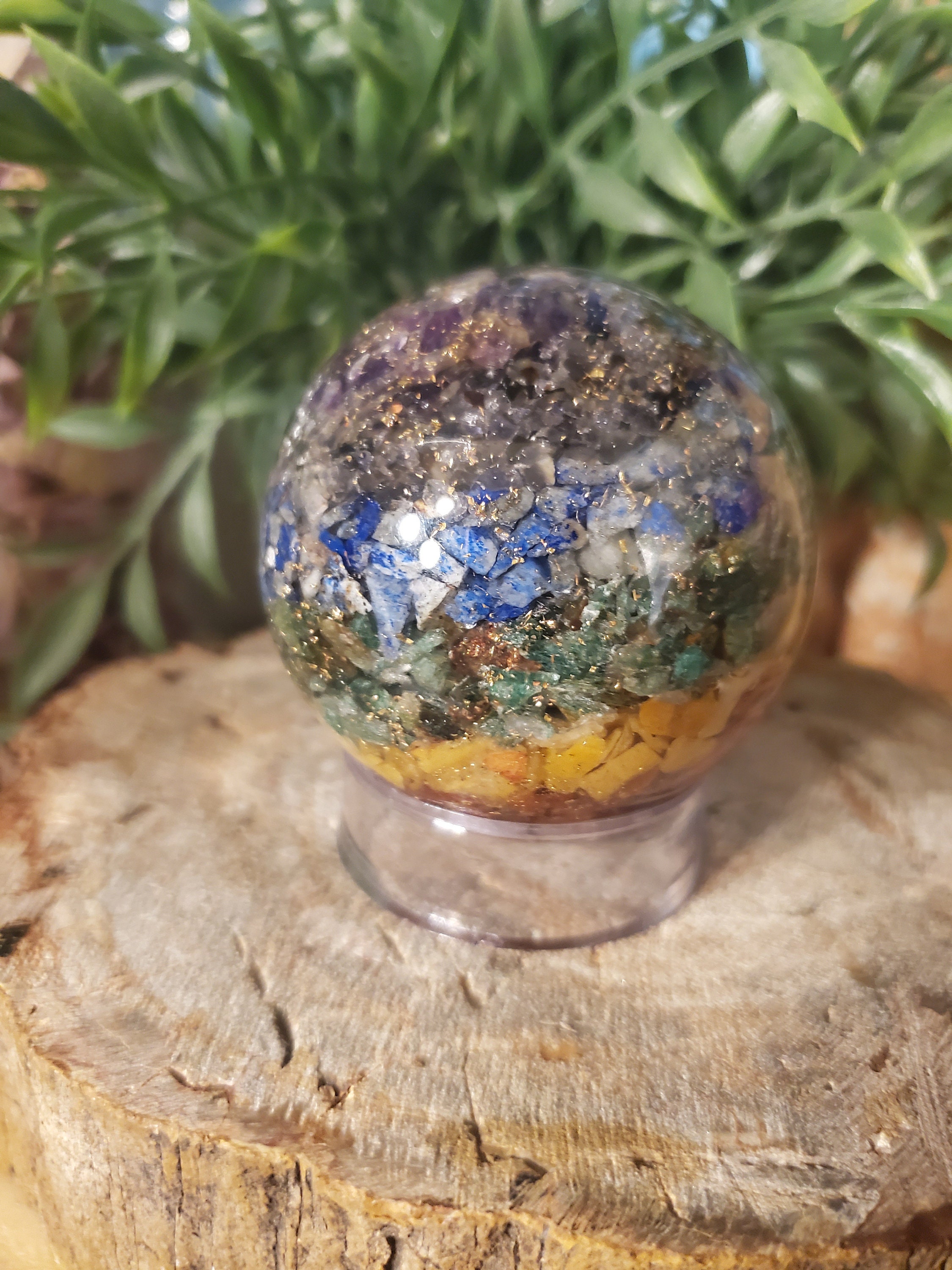 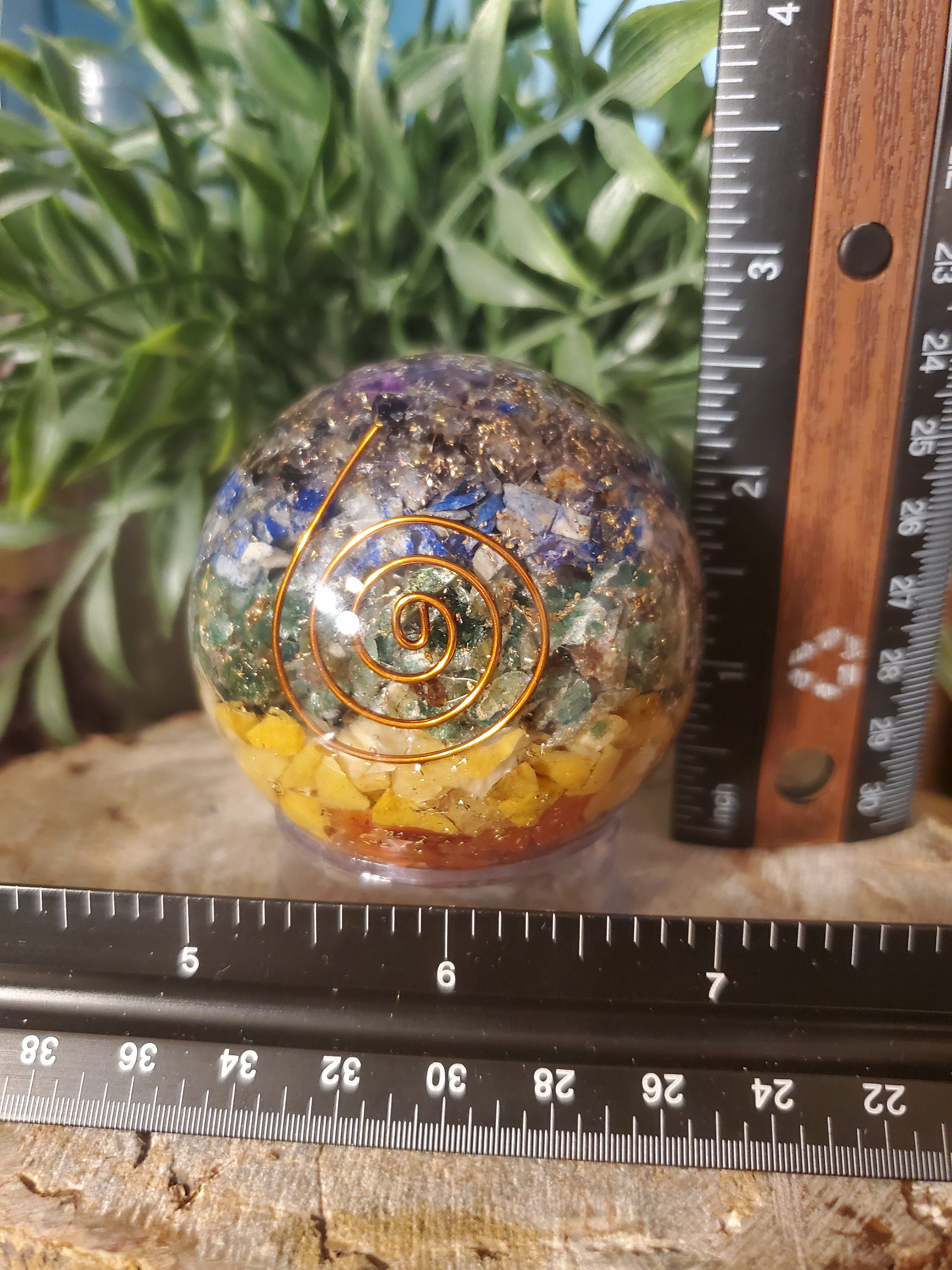 Orgone Spheres have the powerful ability to bring us into healing harmonic balance. They are known for their ability to transmute negative energy into positive energy, balancing the spiritual, emotional, and physical body. Orgonite is a substance made of resin, metals, crystals, and quartz. An Orgone Sphere neutralizes EMF radiation. it assists in meditation and helps with spiritual growth. An Orgone Sphere enhances lucid dreaming and helps balance moods. It is also good for plant growth.

The Sphere, since ancient times, has been known as the superior shape since it allows the energies of the stone to be dispersed out in all directions.

Copper is an energy conductor in spiritual energy. It conducts energies between people, crystals, and the spirit world. Copper enhances the properties of any crystal or mineral it encompasses or surrounds. It also has many healing properties.

The Spiral is a Sacred Symbol. It represents the journey and the change of life, as it unfolds taking a convoluted passage that leads to Source. It also represents the consciousness of nature beginning at its center and expanding outwardly. The Spiral is the perfect example of "as above, so below", "as within, so without".