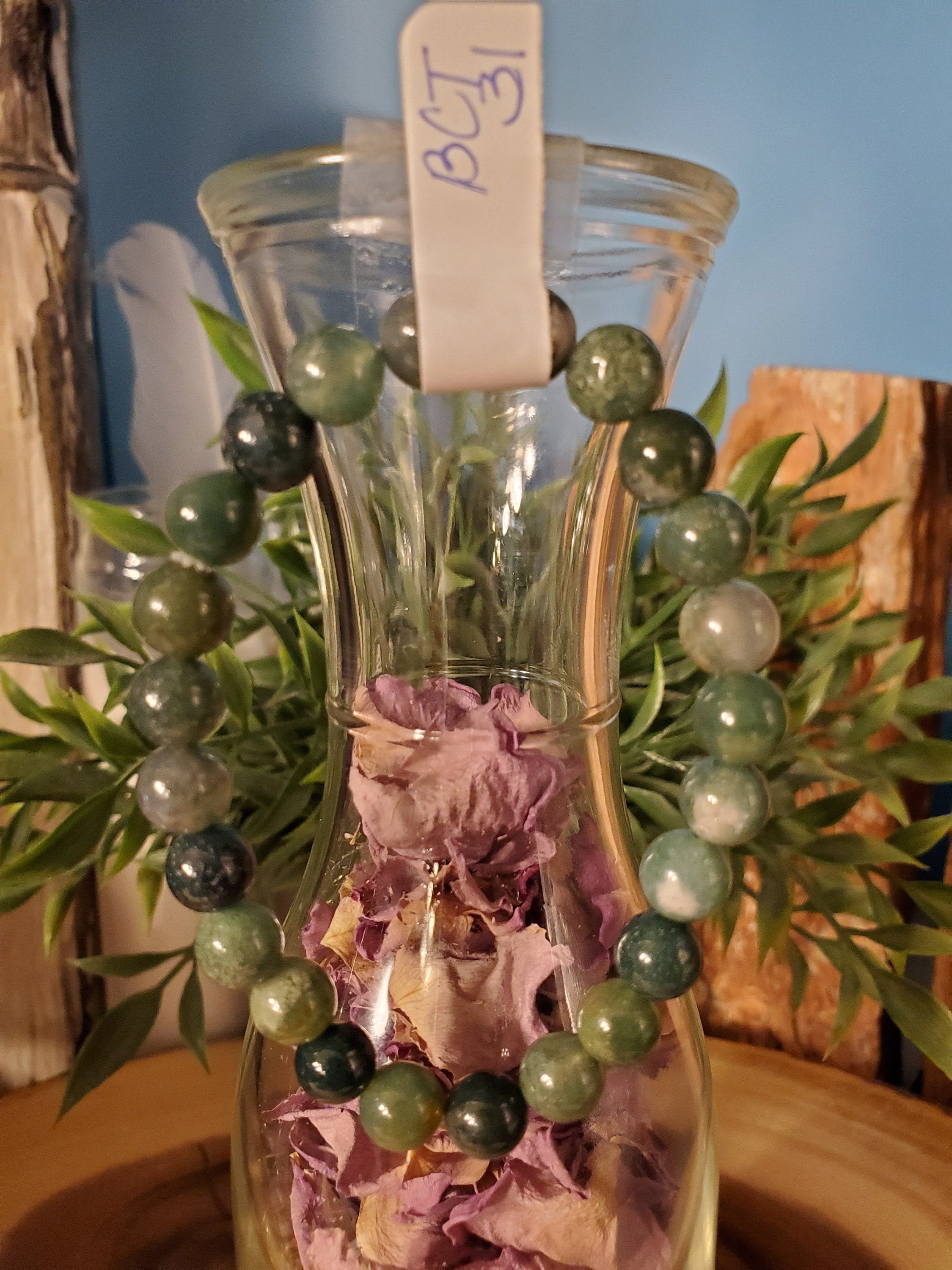 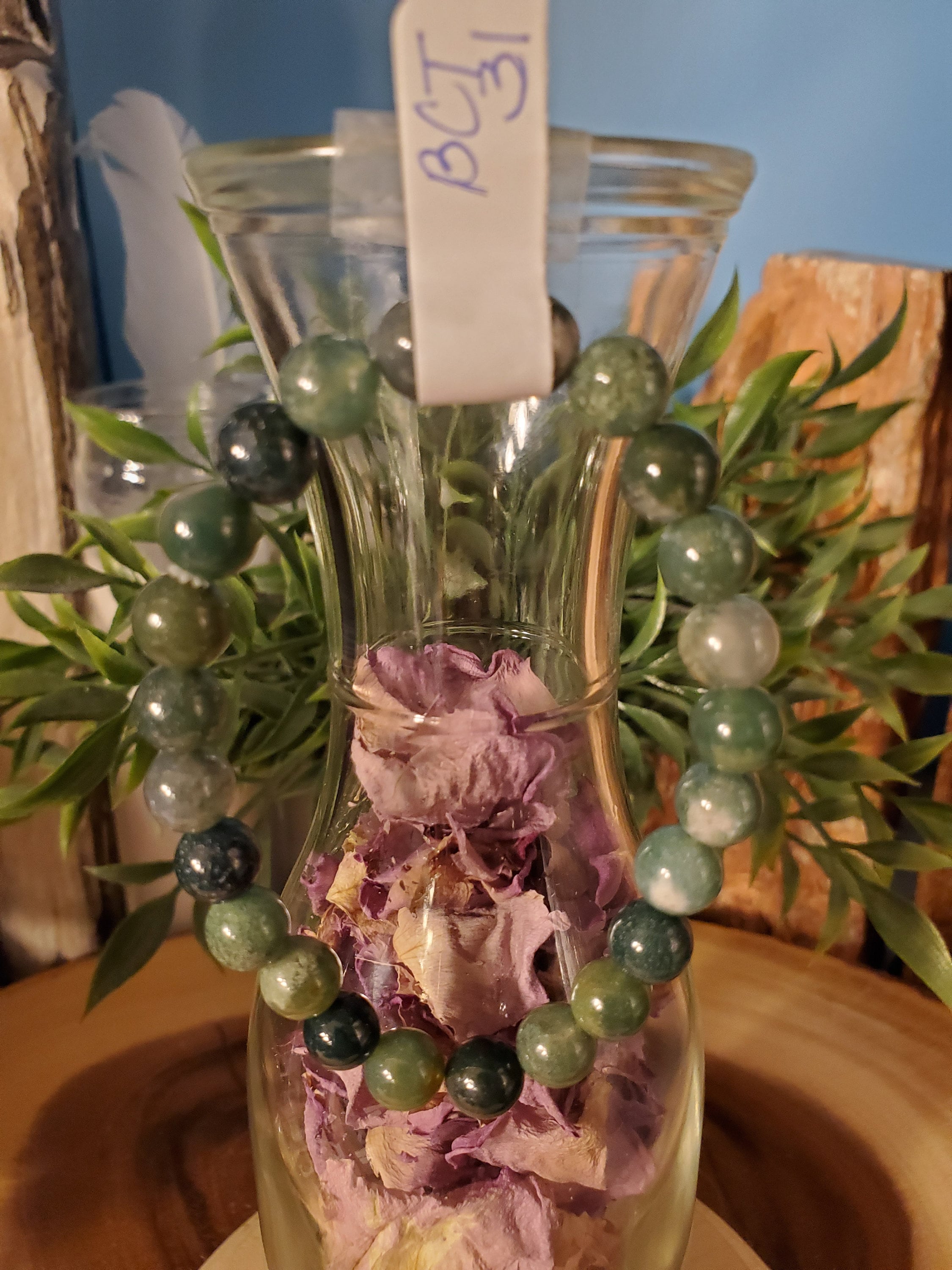 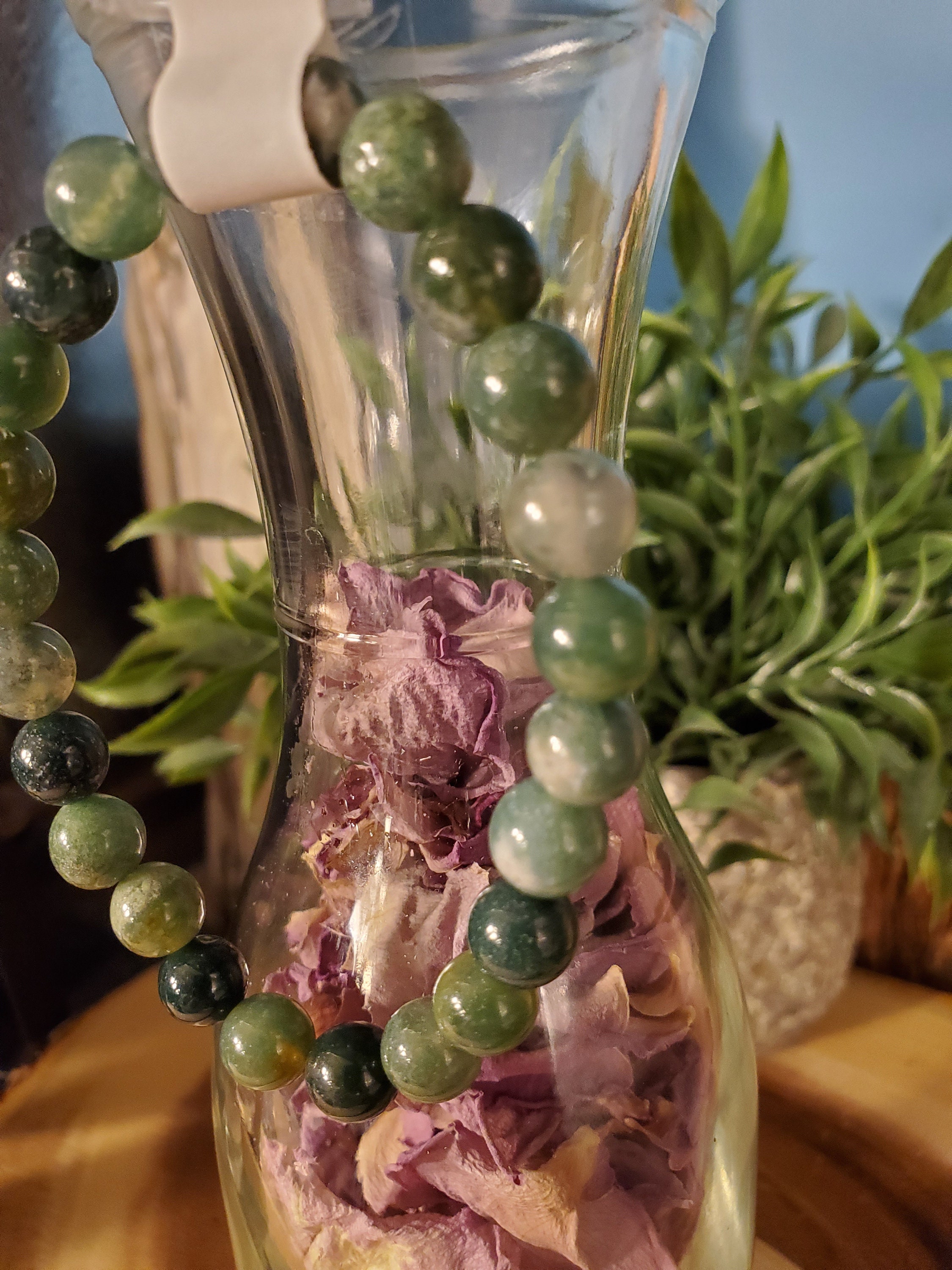 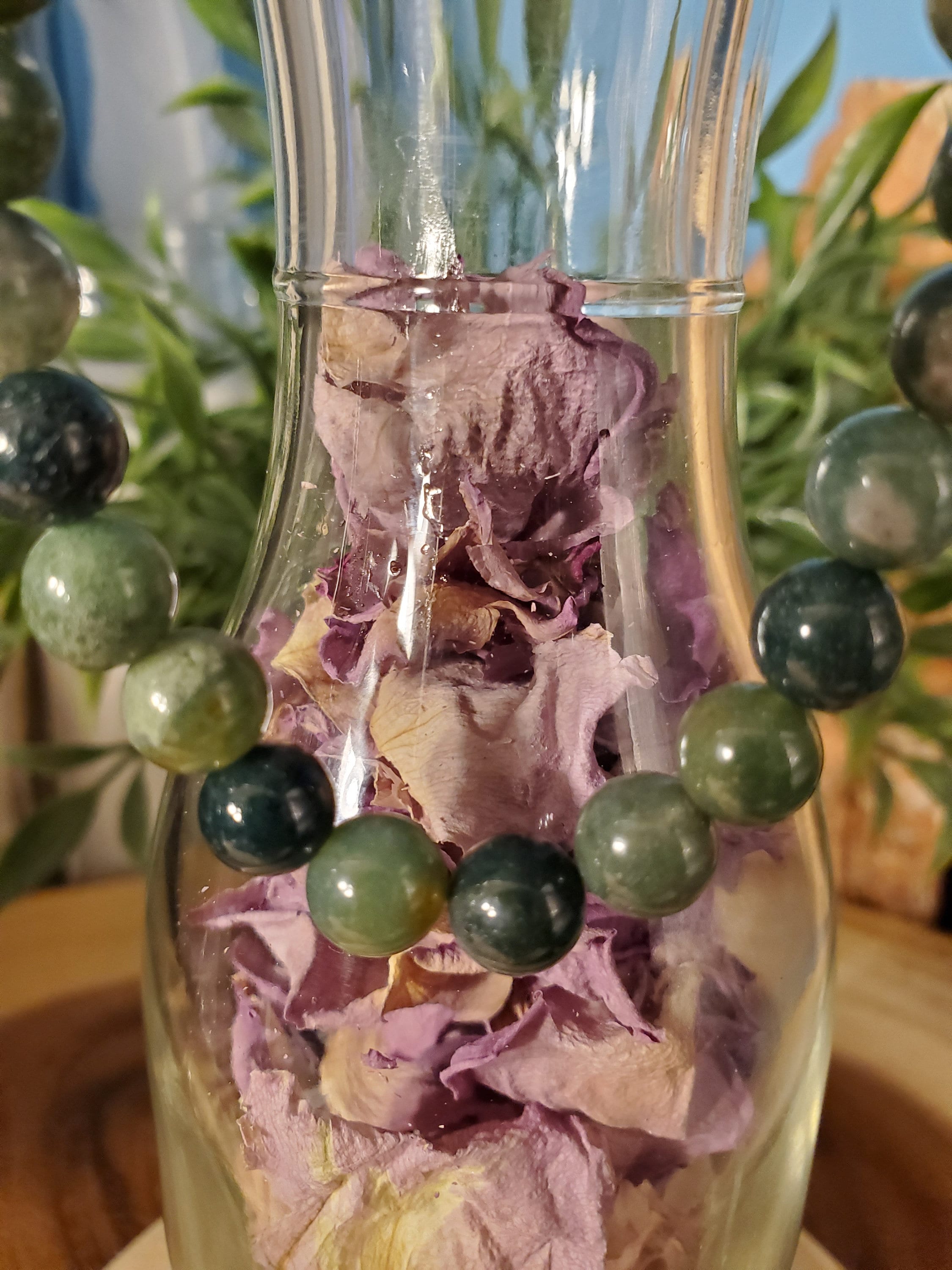 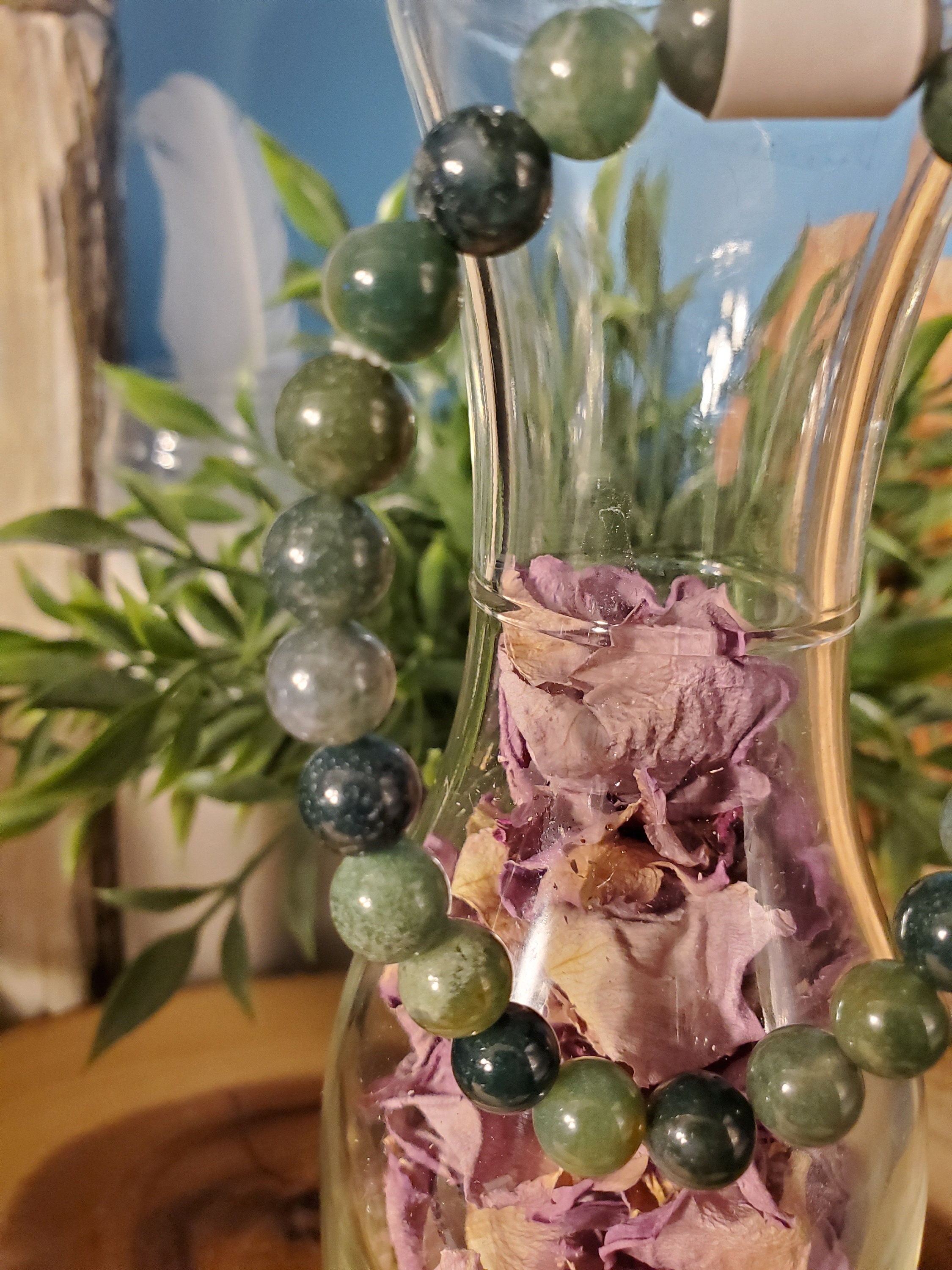 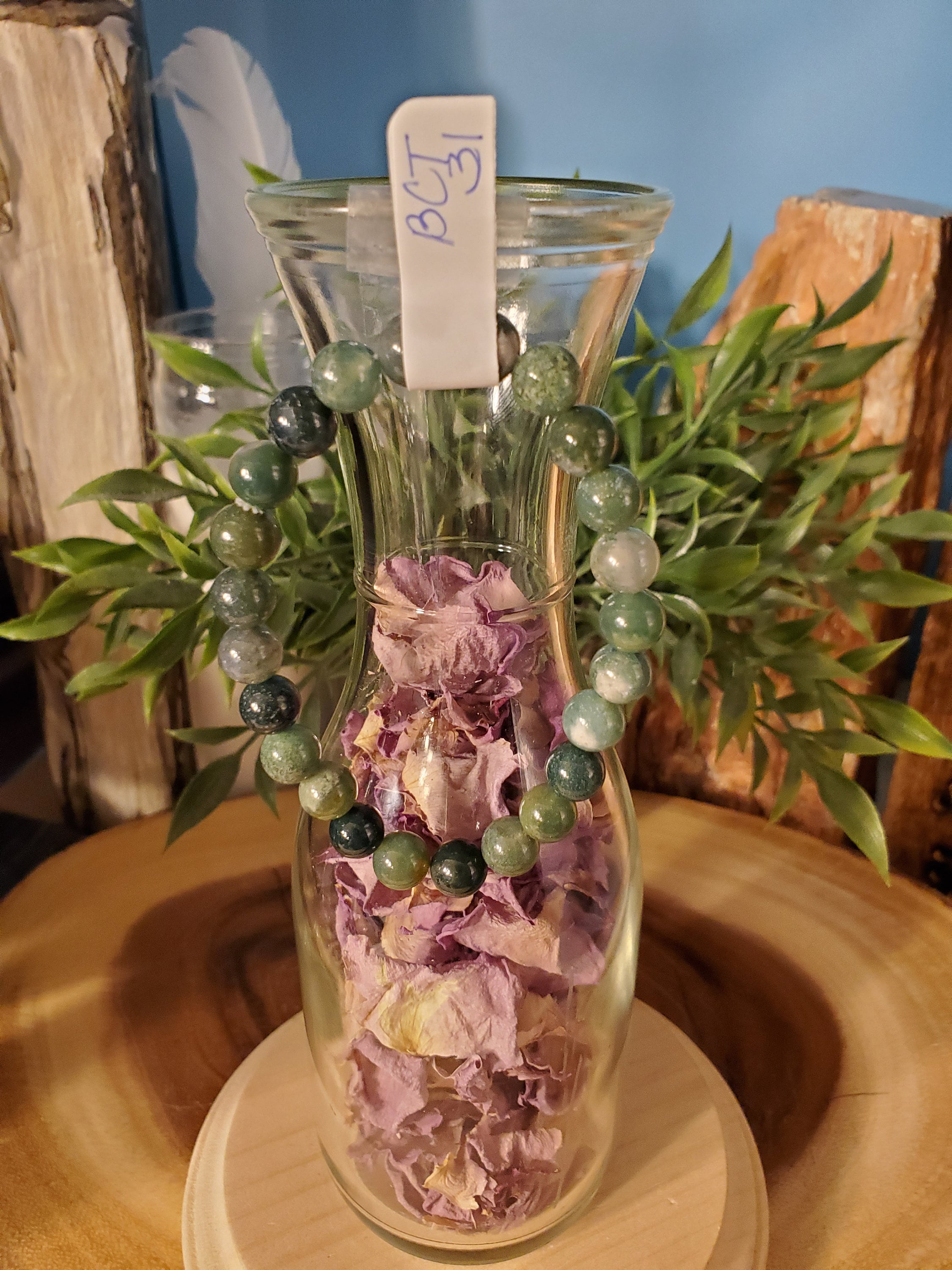 
Moss Agate is a semi-precious gemstone. It is a form of chalcedony which contains minerals of a green color, forming patterns that look like moss. Moss Agate is a grounding stone. It helps connect one to the Earth. Moss Agate corrects left-brain imbalances and stimulates creativity. From ancient times, people have believed that Moss Agate has divine protection of the nature spirits.