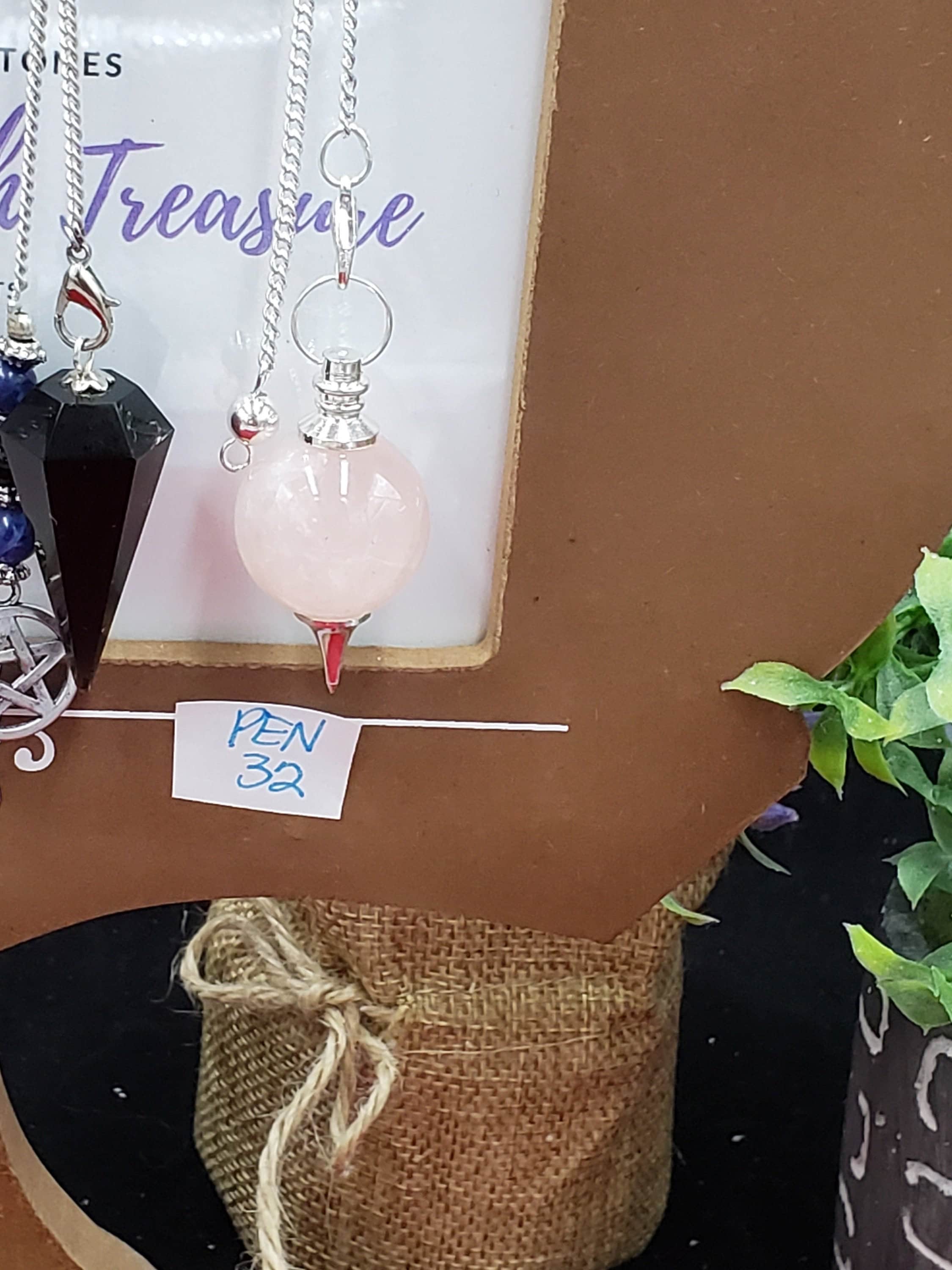 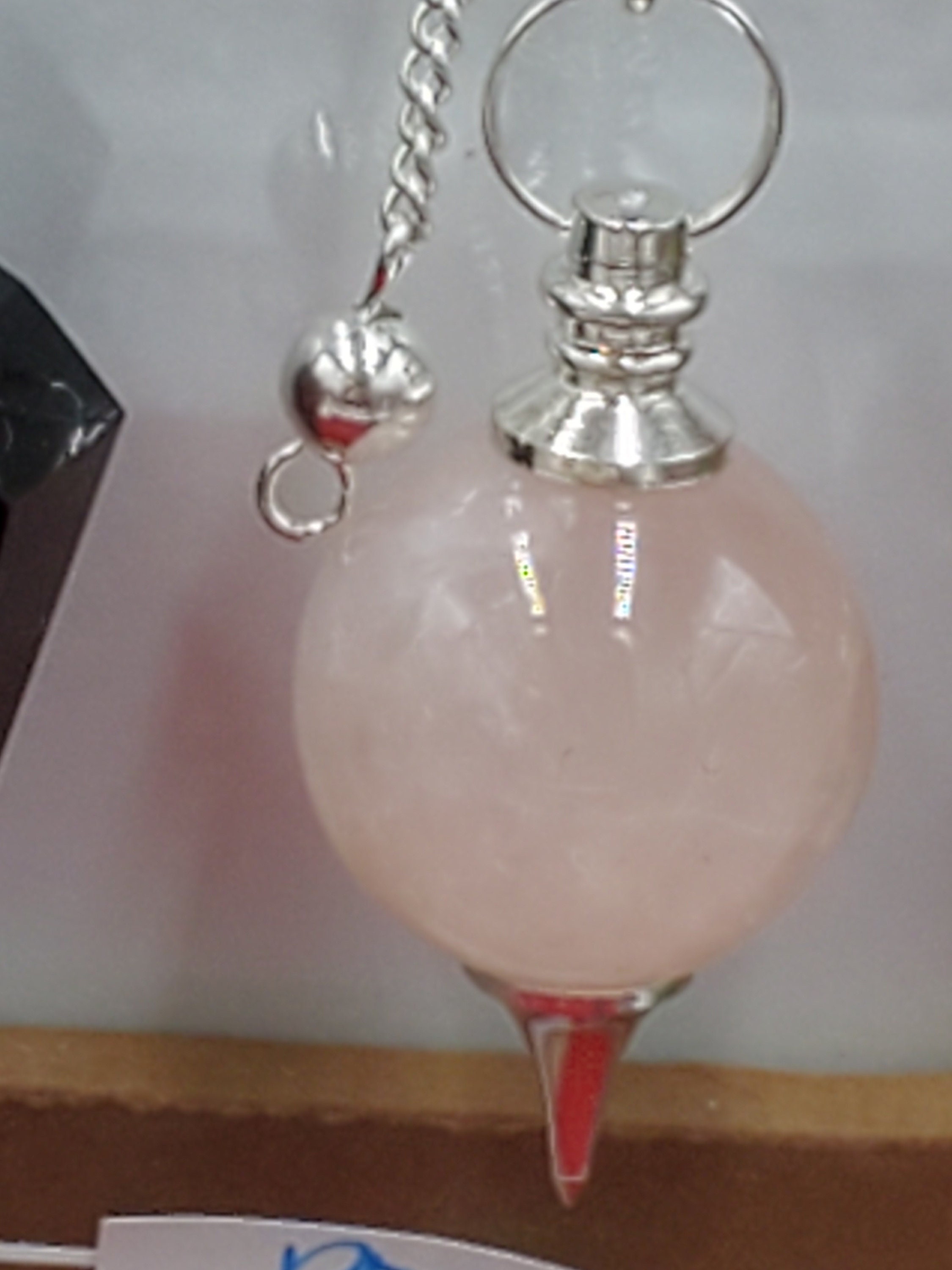 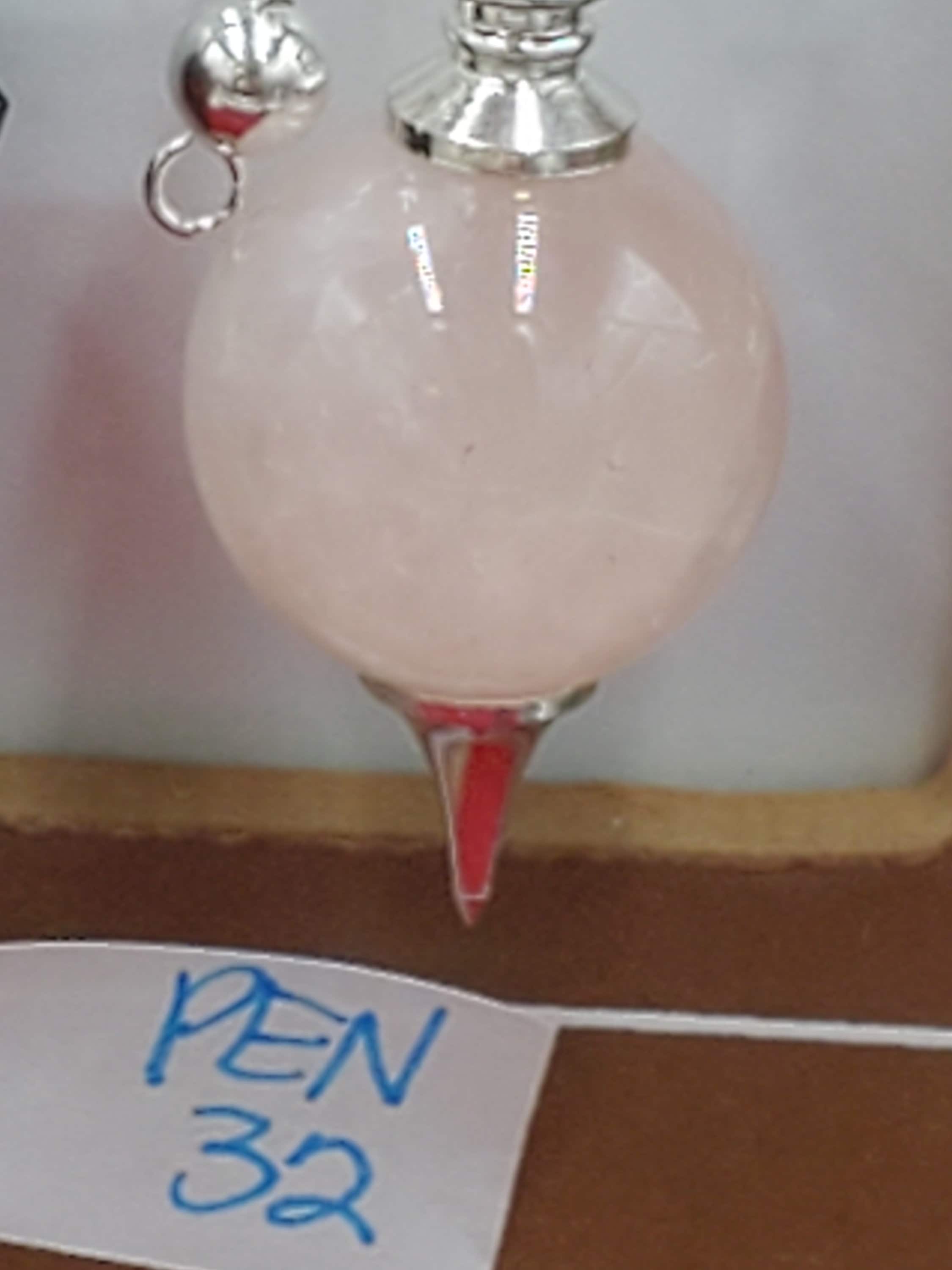 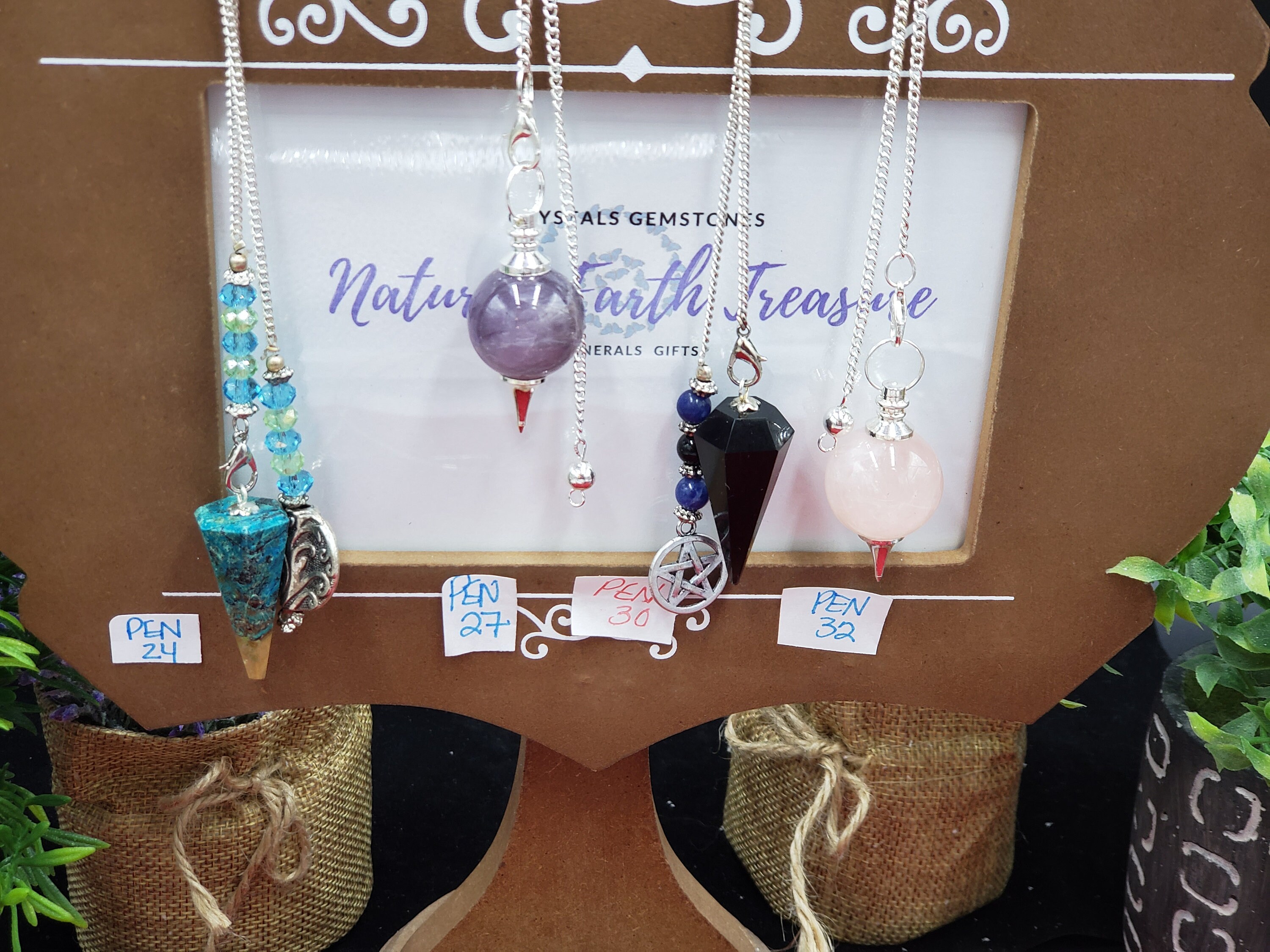 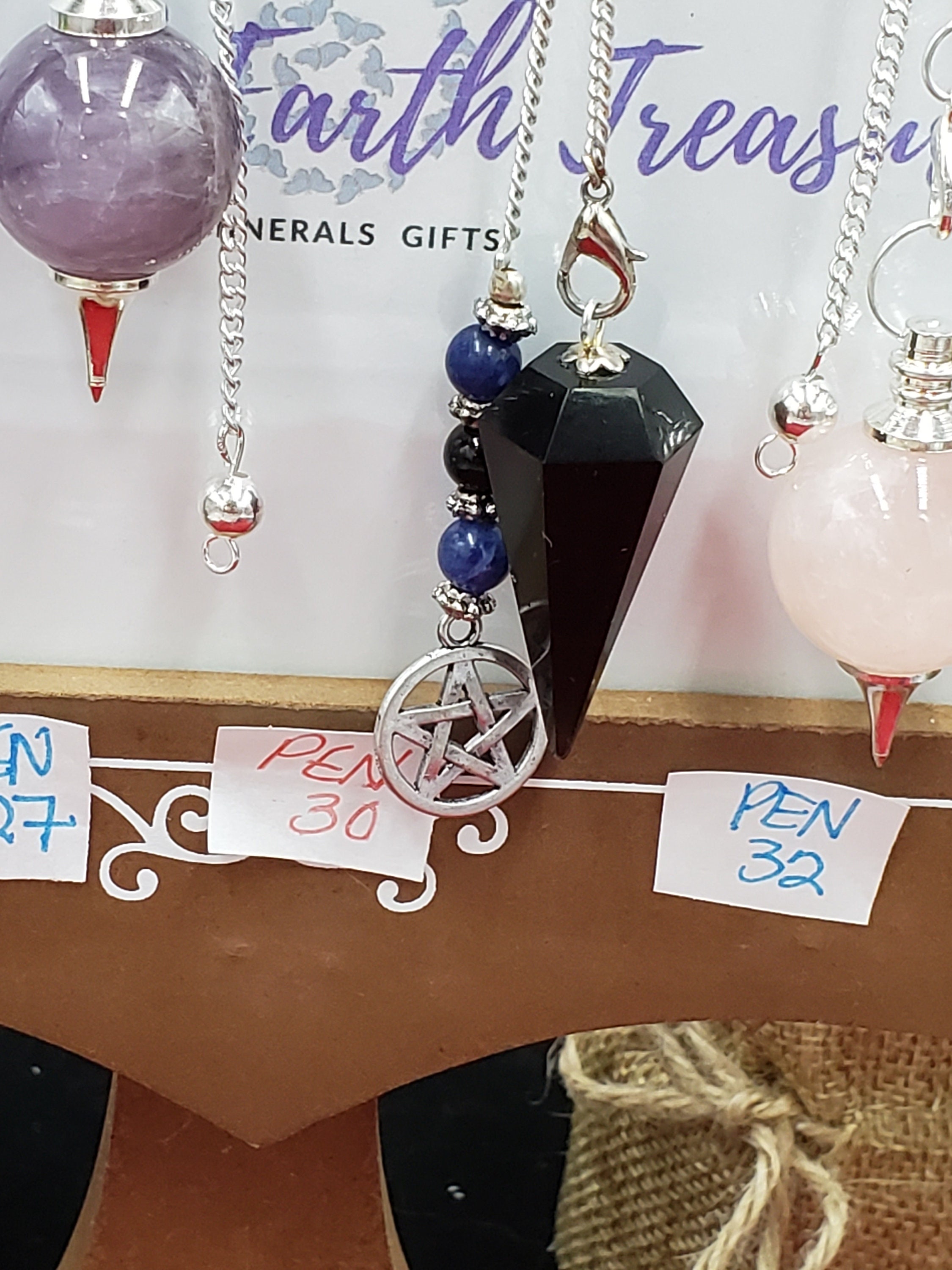 Rose quartz - a variety of QUARTZ - ranges from pale pink to deep rose, and sometimes even to an amethyst hue. Generally, rose quartz is massive in form and is rarely found as crystals. It is sometimes used as a semiprecious stone and takes an impressive polish. Chemically, rose quartz is silicon dioxide. It has a Moh’s hardness of 7 and is in the trigonal crystal system. Rose quartz occurs worldwide; in the western hemisphere, it occurs in Brazil, Uruguay, Ontario, Mexico, Maine, North Carolina, Pennsylvania, and Colorado.

Pendulums are often used as tools for spiritual healing and inner growth. Pendulums promote healing with the process of Dowsing which seeks out invisible energies. This connects people to higher energies spiritually and can help locate any blocks in energy. They are used as a form of reflection by asking questions to receive guidance, awareness, and understanding. Balancing one's chakras is also possible with pendulums, as pendulums tend to pick up on subtle vibrations to clear the body and balance mind, body, and spirit. Thus, pendulum objects can help relieve forms of pain whether emotional or physical.