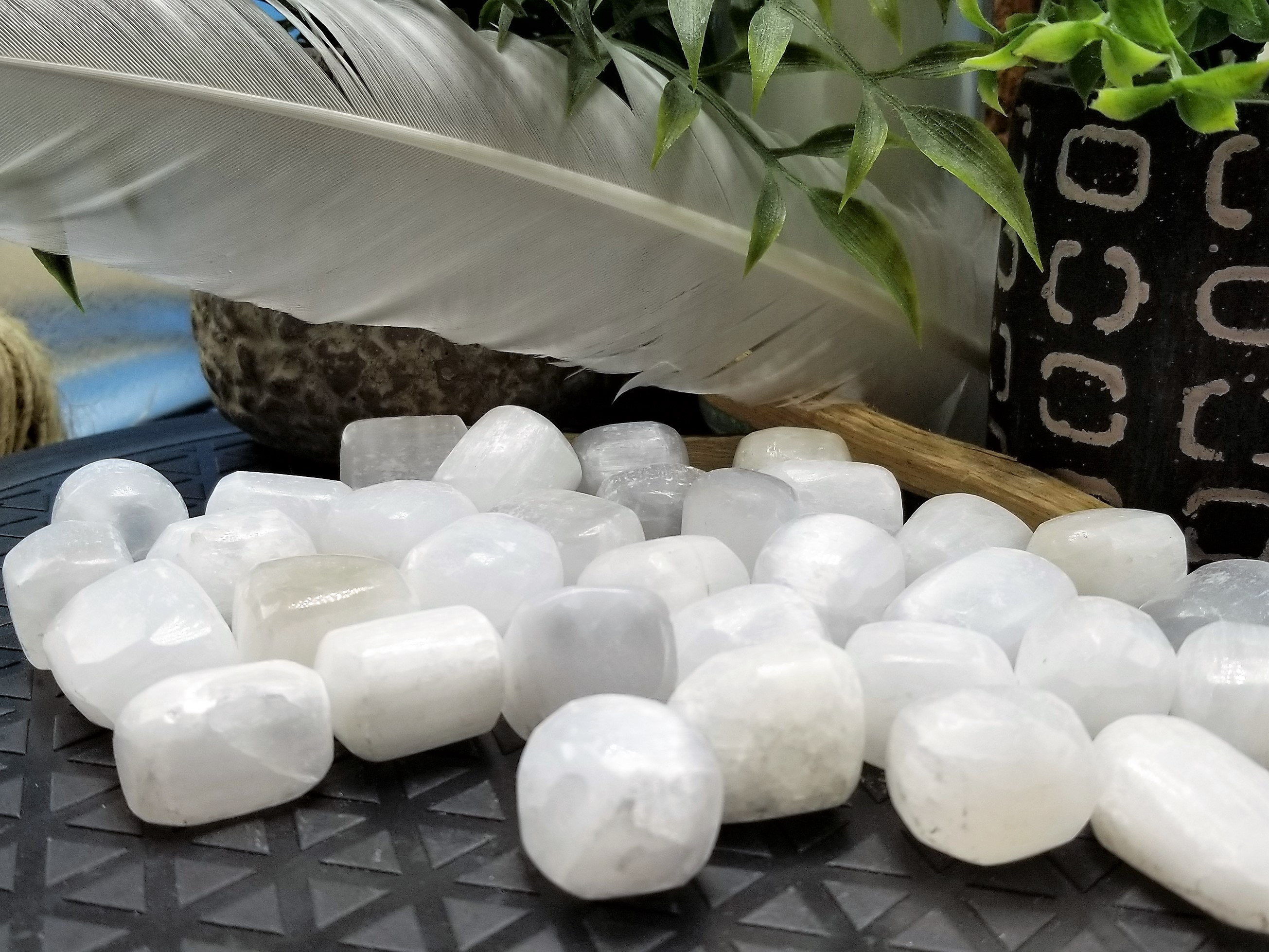 All varieties of gypsum, including selenite and alabaster, are composed of calcium sulfate dihydrate (meaning that it has two molecules of water), with the chemical formula CaSO4·2H2O. Selenite contains no significant selenium; the similarity of names comes from both substances being named from the Ancient Greek word for the Moon.

Selenite Tumbled Stones Metaphysical and Healing Properties: Selenite is also referred to as liquid light. It is named after the Greek goddess of the moon, Selene. It has many healing properties. Selenite is one of the most popular crystals used in cleansing and charging other crystals. It is also used in meditation and can help release emotional blockages. It is used to activate the crown chakra and is excellent for spiritual work. Selenite also helps strengthen memory.