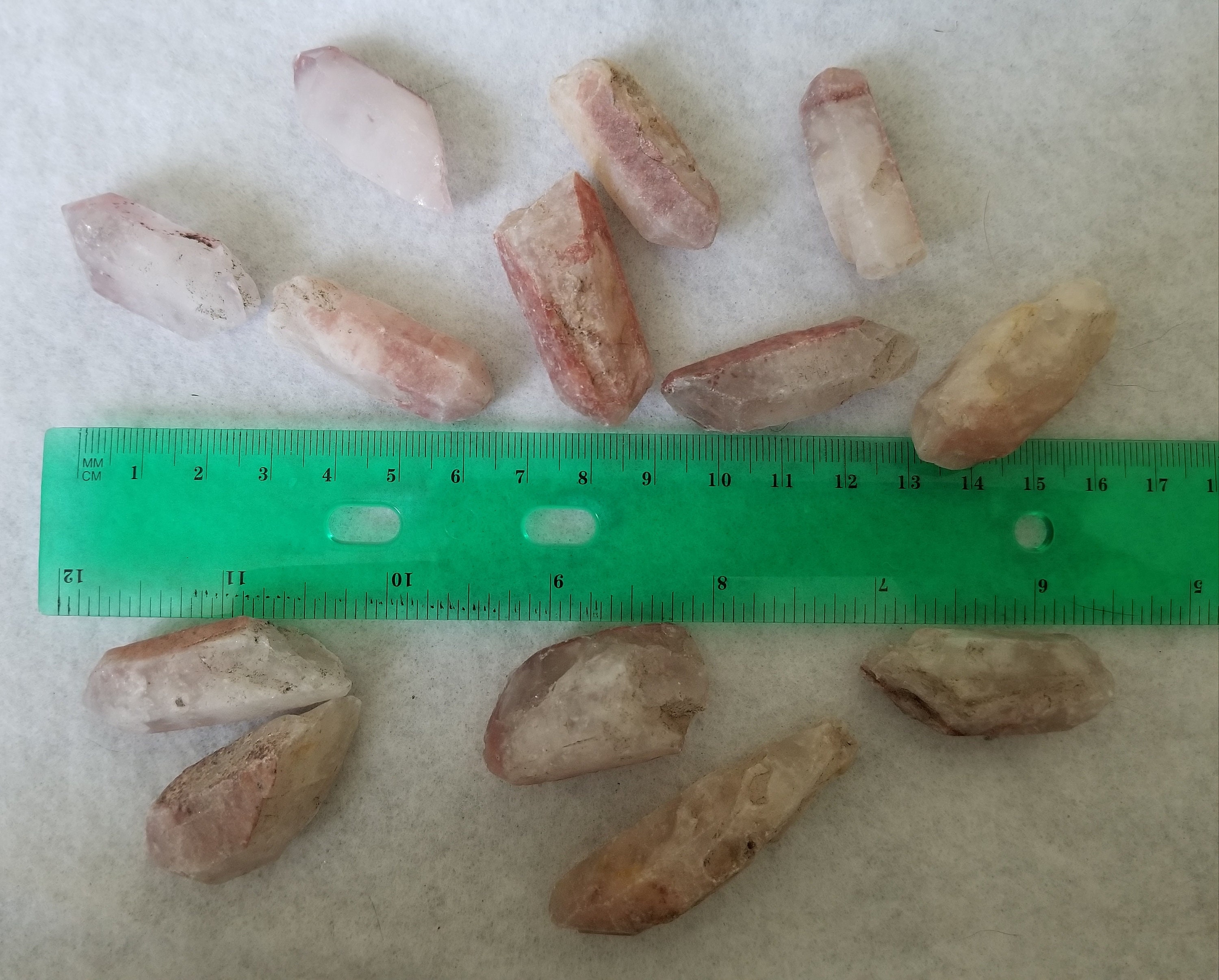 You will receive one of the points featured in this picture. All crystals are hand selected. These points are wonderful for use in crystal grids. They are also great for jewelry or to just carry around for all of their wonderful benefits. Hematoid Quartz contains both the amplification properties of Quartz with the balance and stability of Hematite. It is a highly energetic piece that can assist not only in removing negativity but also transforming and transmuting this energy into a positive and pure Universal light of love.

The combination of Quartz and Hematite balances the body and mind. It brings a unique clarity and understanding of the emotions, helping to understand the difference between an unconscious reaction and a conscious response. Hematoid Quartz also assists when Self Worth and Self Esteem are lacking.

As the Earth’s most abundant mineral, quartz
is also one of the most resistant minerals to
weathering. Quartz, which forms as a later
mineral in igneous rocks, weathers to particles
which form sedimentary rocks such as
sandstone. Crystals are typically six-sided or “hexagonal”, and
often terminated by a hexagonal pyramid. The finest crystals are
prized for their clarity, and some crystals have been found many
feet long.
Cryptocrystalline varieties of quartz include agates and jaspers.
Colored varieties of quartz include amethyst, citrine, ametrine,
rose quartz, smoky quartz and milky quartz.